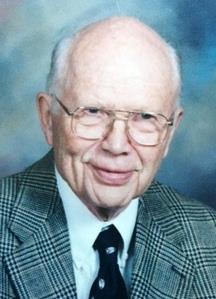 The department is saddened by the death of our colleague William Massey on June 17, at the age of 96.

Bill Massey was an algebraic topologist whose contributions include the notion of exact couples in the formulation of spectral sequences, and the cohomology operation that bears his name, the Massey product. He wrote a number of very well-known textbooks on algebraic topology.

Born in 1920, Bill was an undergraduate at the University of Chicago, served in the Navy during World War II, and earned a PhD from Princeton University in 1949. He was elected to the American Academy of Arts and Sciences in 1958, and after ten years at Brown University he came to Yale in 1960. He served as department chair in the late 1960’s, and became Emeritus in 1991.

A service will be held on Friday June 23 at 2:00 pm at the Unitarian Church on 700 Hartford Turnpike in Hamden.

Please see this note in the New Haven Register for additional information about Bill’s life and work.